The locomotive on display in E. P. Ripley Park was built by the American Locomotive Company (ALCo) out of Pittsburgh, PA in January 1911 as #48642 for the Kansas City Mexico & Orient Railway.

Before Walt and Roy Disney visited Marceline in 1956 and took the photos below, the engine was painted with “Santa Fe & Disneyland Railroad” as a homage to Walt’s latest accomplishment, Disneyland. 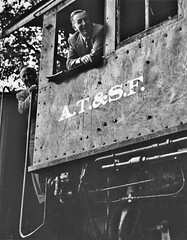 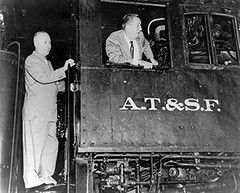 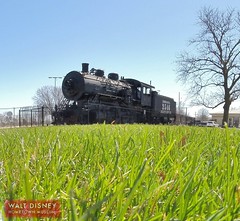 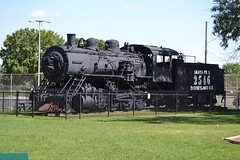 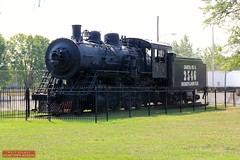